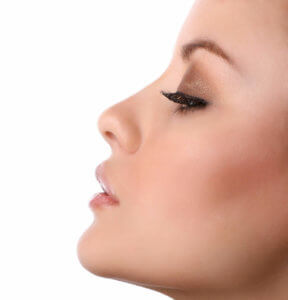 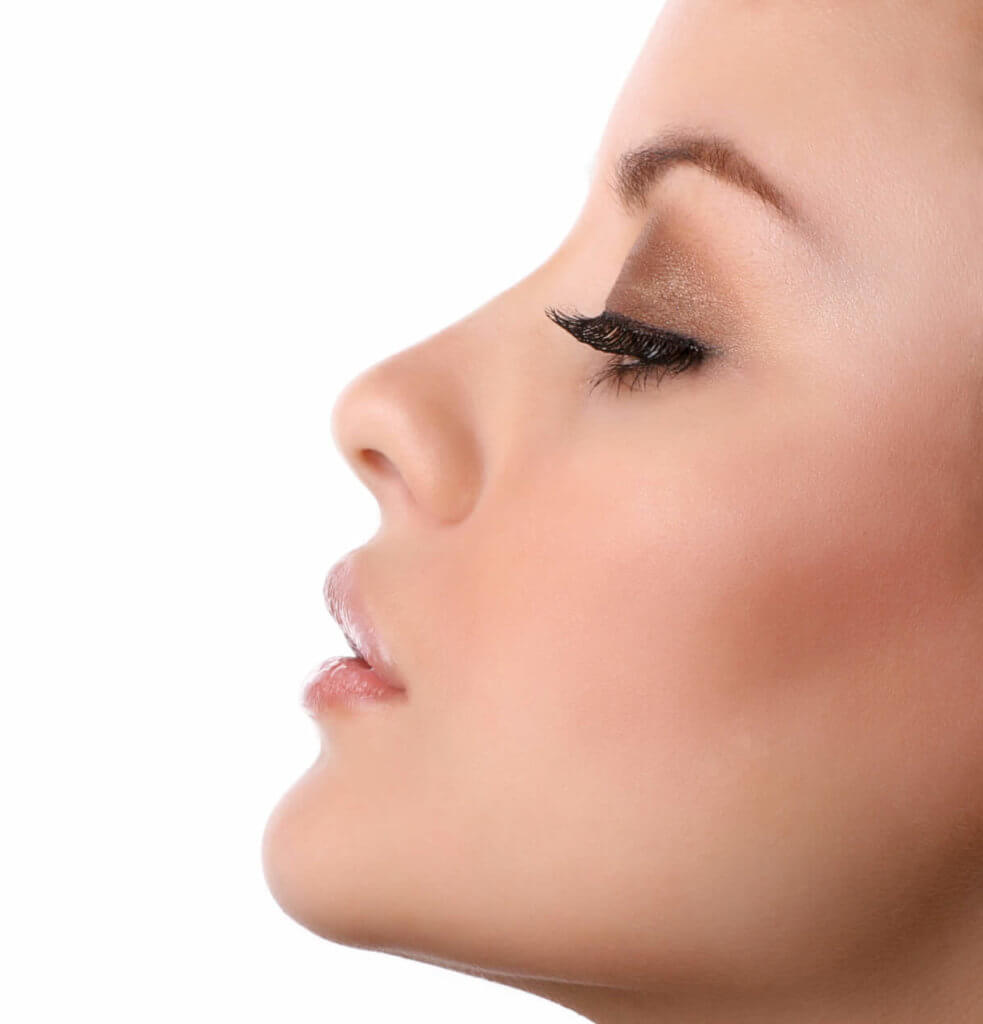 Non-surgical rhinoplasty sometimes referred to as a non-surgical nose job, is a minimally invasive treatment that uses dermal fillers to reshape the nose without the need for general anaesthetic or downtime.

Dermal fillers can also create a slimming effect on the nose. Occasionally, your doctor may inject some wrinkle relaxing injections to the tip of the nose to prevent the cartilage at the edge of the nose from having a droop effect, resulting in a slight upward tip of the end of the nose.

The effect of non-surgical rhinoplasty can transform a person’s profile and boost confidence. A non-surgical nose job can remedy past breakages or inherited undesired features of the nose without the downtime of surgery.

The dermal fillers eventually dissolve after 8 – 18 months depending on the individual, considering lifestyle and metabolism.

Book your free consultation today!
You will first have an in-depth conversation with one of our doctors to discuss the best treatment plan and product for your desired outcome. The doctor will guide you through the treatment and explain pre and post care for optimal results.
Book a consultation All prices

Non-Surgical Nose Job can also be used for:

A bump on the nose may be genetic or due to a past breakage. Usually, nose bumps are formed as a result of excess cartilage or bone. As a result, a nose bump may alter the nose or face-on profile.Because the nose is in the very middle of the face, asymmetries can be more pronounced when on the nose. The appearance of an asymmetrical [...]
FIND OUT MORE

What does the treatment involve?

After an in-depth consultation to discuss your requirements, you will receive a local anaesthetic thirty minutes before your treatment begins.
The treatment itself takes just half an hour and it will be performed by a highly trained Bodyvie doctor using a combination of dermal fillers and wrinkle relaxing injections. You will be able to see the results of your nose reshaping straightaway, and there’s minimal downtime.

How many treatments do I need?

You will only need one treatment to accomplish your non-surgical nose job.

How quickly will I see results?

You will see results from your non-surgical nose job immediately after treatment.

One of the first cosmetic clinics in the UK

Non-Surgical Treatment to Revitalise the Face

Hydrate the skin with redermalisation

A Longer Lasting Facial Lift
SHOW MORE
BACK TO TOP

Designed by Digital Aesthetics
We use cookies on our website to give you the most relevant experience by remembering your preferences and repeat visits. By clicking “Accept All”, you consent to the use of ALL the cookies. However, you may visit "Cookie Settings" to provide a controlled consent.
Cookie SettingsAccept All
Manage consent

This website uses cookies to improve your experience while you navigate through the website. Out of these, the cookies that are categorized as necessary are stored on your browser as they are essential for the working of basic functionalities of the website. We also use third-party cookies that help us analyze and understand how you use this website. These cookies will be stored in your browser only with your consent. You also have the option to opt-out of these cookies. But opting out of some of these cookies may affect your browsing experience.
Necessary Always Enabled
Necessary cookies are absolutely essential for the website to function properly. These cookies ensure basic functionalities and security features of the website, anonymously.
Functional
Functional cookies help to perform certain functionalities like sharing the content of the website on social media platforms, collect feedbacks, and other third-party features.
Performance
Performance cookies are used to understand and analyze the key performance indexes of the website which helps in delivering a better user experience for the visitors.
Analytics
Analytical cookies are used to understand how visitors interact with the website. These cookies help provide information on metrics the number of visitors, bounce rate, traffic source, etc.
Advertisement
Advertisement cookies are used to provide visitors with relevant ads and marketing campaigns. These cookies track visitors across websites and collect information to provide customized ads.
Others
Other uncategorized cookies are those that are being analyzed and have not been classified into a category as yet.
SAVE & ACCEPT